Whilst waiting for the engine parts to arrive from the USA for my V6 engine rebuild I decided to modify the remote gear lever extension on the 6 speed MT82 transmission. Most owners of the 3.7 Roadsters would acknowledge that the gear lever position on those cars is less than desirable, being too close to the driver and often meaning that when engaging 2nd, 4th or 6th one’s elbow hits the seat cushion. The whole experience being akin to trying to eat a meal on economy air travel.

Later roadsters do not have this problem as the factory modified the original mustang gear extension to move the gear lever forward. This is quite easy to do however the gearbox/transmission tunnel needs to be modified as does the trim. As I have neither the tunnel or the trim I decided to go ahead and modify the extension. The pics below show before and after the modification which moved the gear lever 70mm forward, approximating the gear lever position in my ‘75 Plus 8. By removing the centre transverse swivel point the feel of the gearchange is also improved. My design was based on several aftermarket gear selectors for the Mustang which either eliminate or reduce the number of swivel points. 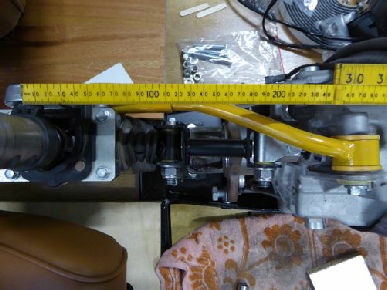 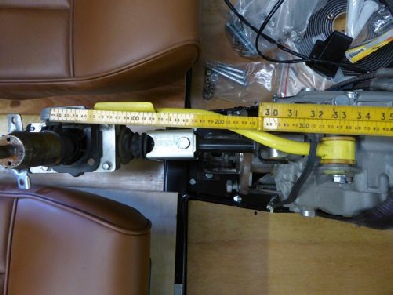